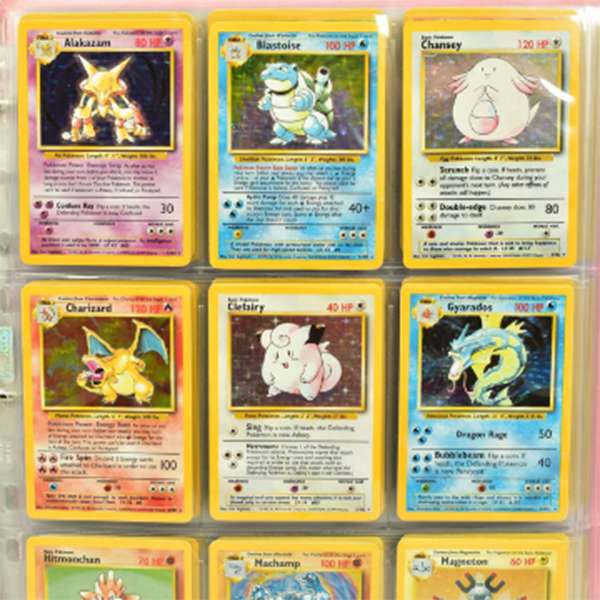 A BEATLEMANIA guitar, vintage tinplate clockwork toys and an extensive collection of early Pokemon cards in an original binder are among a special set of toys coming to auction in Lichfield on October 26.

It features as Lot 446 an extensive collection of early Pokemon cards in an original Pokemon folder, expected to fetch in the region of £2,500.

There are also a Pokemon Topps First Movie trading card set and checklist, assorted Japanese and other cards including Ancient Mew and promotional cards. 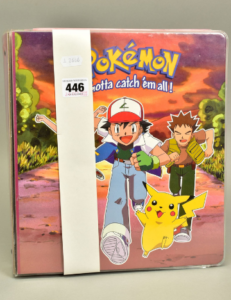 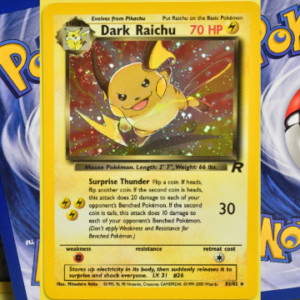 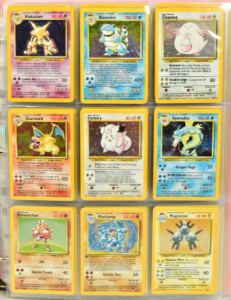 “All are in very good condition and have been kept in plastic sleeves since purchase,” said specialist valuer Jon Price.

“If you haven’t got the early cards it’s a great way to start.”

Lot 558 in the same sale is another collection of more than 500 Pokemon cards from various sets including Base set, Base set 2, Fossil, Gym Challenge, Gym Heroes, Jungle, Legendaries, Team Rocket, Neo Genesis, Neo Discovery, Team Rocket Collection and the Japanese Base and Gym Challenge sets.

The majority of these cards are in very good condition and are contained in plastic sleeves in an original Pokemon folder.

The October 26 sale also brings back the spirit of the 1960s.

Lot 445, the 1964 Selcol Products Ltd ‘Beatles New Sound’ guitar, is ukulele sized with four strings, has illustrations of the Fab Four on the top of the guitar body and a striking orange finish to the back. 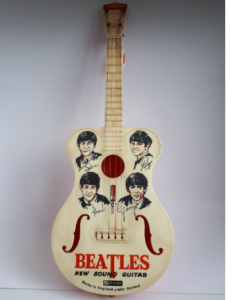 Made in England under license to tie in with the wave of Beatlemania sweeping the country, its shape appears to be modelled on that of the Gretch Country Gentleman favoured by lead guitarist George Harrison at that time.

This example is in particularly good condition and is estimated to sell for around £100.

Lot 444 is an original Captain Scarlet And The Mysterons colour poster, produced around 1967 by Anglo-Confectionary Ltd with a set of bubblegum cards, together with a Dinky Toys Maximum Security Vehicle from the iconic 1960s TV show.

And the Topper Johnny Seven ‘One Man Army’ rifle – seven toy guns in one from mid to late 60s America, boxed and in very good condition – is estimated to fetch around £150 as Lot 573. 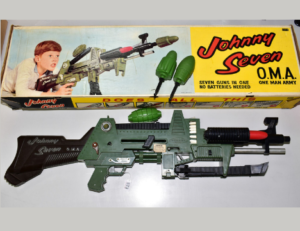 The upcoming sale also features interesting collections of tinplate clockwork toys dating from the early 20th century to the 1950s.

A pre-war Tri-Ang Minic searchlight lorry in olive green (Lot 458, pictured below) even comes complete with lightbulb on the truck bed. 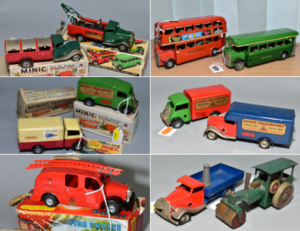 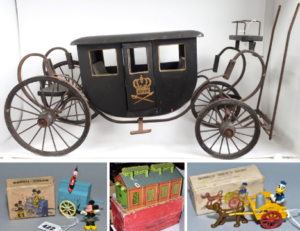 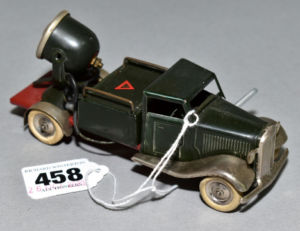 The sale also features die-cast models from the 1950s with a number of tractors, commercial plant and working vehicles by manufacturers such as Lesney.

Vintage toys in the auction include a wooden royal horse-drawn carriage (Lot 609) with cast iron chassis from the early 20th century, probably German-made and now valued at around £300; the boxed Salco figures of Donald Duck’s Dairy, with Donald and Pluto characters, and Mickey and Minnie’s Barrel-Organ (Lots 421 and 422); and a 1930s Hornby railway engine shed complete with box (Lot 584).

“Two nice collections of toys have come together to make an especially nice section for the sale,” added Jon.

Free valuations of toys, trains, dolls, railwayana and Pokemon are available by appointment only at The Lichfield Auction Centre – telephone 01543 251081 or email office@richardwinterton.co.uk.