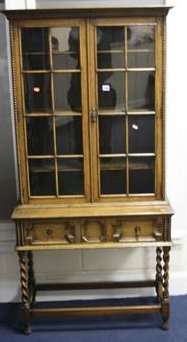 Richard Winterton Auctioneers are pleased to announce a hugely successful start to 2017 with a 94% selling rate of some 1106 lots. Jewellery and coins were first to be offered and set the tone of the sale with an album of forty three sterling silver medals by the Franklin Mint 1970-1974 realising £520 and a South African 1952 proof set to include a gold one pound, half pound etc realising £300.

Border Fine Arts have soared in popularity once again with a Suffolk ewe and lambs group realising £100, two figure groups, ‘Under the Hammer’ depicting Belgian blue cross made £190 each and ‘Down the Hills’, shepherd, sheep and collie sold for £140. Following in their footsteps, Beswick was making good prices with a Bois Roussel racehorse realising £240 and three Beswick horses £180.

As has become expected, Royal Crown Derby sold particularly well with six Imari cream soup cups and saucers selling for £240, a Milford ginger jar £140, a collection of dinnerwares £400 and a set of coffee cans and saucers £100.

Not to buck the trend, furniture performed well with a set of ten ‘acornman’ chairs