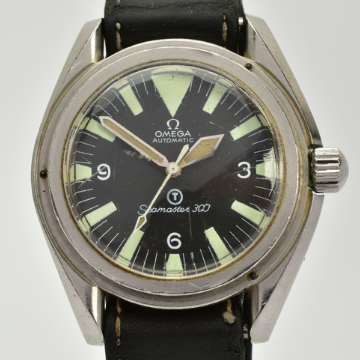 A RARE Swiss wristwatch is set to fetch thousands of pounds at auction after being discovered in Lichfield.

The Omega Seamaster 300 dating back to 1968 was identified by specialists at Richard Winterton Auctioneers during a routine valuation on behalf of a Lichfield client.

It will feature in the online-only Antiques & Home Sale on Monday, October 19.

This model has been popular for five decades in various incarnations – the watchmakers even produced a special James Bond version for Daniel Craig’s 007 to wear in SPECTRE – but the watch from Lichfield is arguably one of the most sought-after vintage Omegas on the market.

“The dial design of the Seamaster 300 was changed in 1966 and these ‘sword hands’ and big triangle marker at the 12 position were introduced,” said Ben Winterton, watch specialist at Richard Winterton Auctioneers.

The Lichfield watch has the desirable 552 calibre and is engraved with British military markings on the case back adorning the broad arrow – the crow’s foot like mark of the British Army.

A missing bezel adds to the picture of a well-worn and much-loved timepiece which has given sterling service for decades.

It was acquired by its current owner, a Lichfield man, during the early 1980s.

“It’s a military watch and has clearly been in the wars,” added Mr Winterton.

“Yet regardless of the condition, it’s an iconic watch which has stood the test of time.

“This is still an outstanding piece of Omega pedigree.”

The Seamaster will go under the hammer as Lot 139 during Richard Winterton’s online-only Antiques & Home Sale on Monday, October 19, starting at 9.30am, live from The Lichfield Auction Centre, off Wood End Lane, Fradley Park.

Richard Winterton Auctioneers offer free valuations of watches, jewellery and antiques of all kinds by appointment only at The Lichfield Auction Centre – telephone 01543 251081 or email office@richardwinterton.co.uk.

Watches and jewellery valuations are also available at The Hub at St Mary’s in the Market Square, Lichfield city centre, every Thursday. 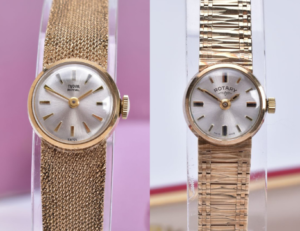 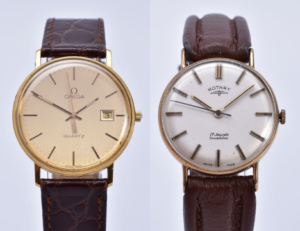 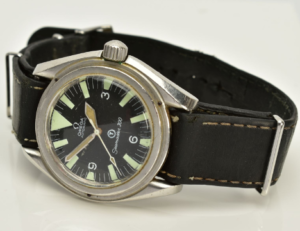 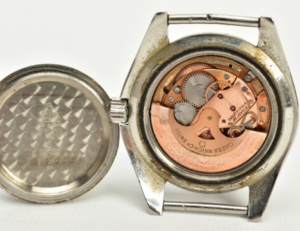