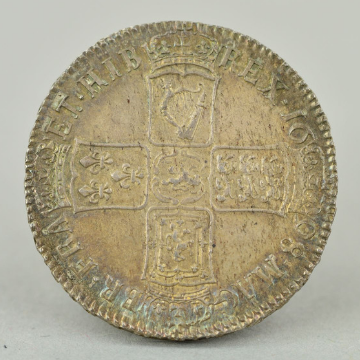 Coins – minting through the ages

IN 1066, as the start William I’s reign, 70 mints were active, writes Phil Bridge. Mintmasters – ‘moneyers’ – were responsible for the weight and fineness of silver of the coins produced.

They were even allowed to put their name on to the coins. But some moneyers produced underweight coins and also reduced the fineness of silver…

Consequently, there were instances of moneyers being mutilated by having one hand and one testicle cut off. Occasionally, they were executed.

Henry I arrived in England from France and called all the moneyers together and cut off their right hands and testicles because of the near worthless coinage used to pay his troops in Normandy. It was also to calm the people who, in poverty, would be eager to find a scapegoat other than their king!

Many traders from the continent who received a silver penny would cut the coin into four pieces for change because there was not enough small change in circulation.

Around the 1200s, traders would also go back overseas and remake the coins from the UK with much less silver cone=tent and then bring them back to the UK to trade.

Many would ‘clip’ the silver coins or take a slither of silver. This would happen several times over the coin’s lifetime, obliterating the monarch’s legend but rewarding the people who did this, as they weighed in and sold the clippings!

In the time of Henry IV (1544) there was much debased silver and gold coinage – in some cases only 25 per cent silver was used in making silver coins. Some of the testoons (shillings) were made of copper but covered with a layer of silver.

As they became worn from circulation, the high copper showed through on the high points of the surface – and thus the king’s nickname became Old Copper Nose.

Coins to watch out for

The twopence coin which was launched at the start of decimal coinage in 1971 had the words ‘NEW PENCE’. Then in 1982 the wording was changed to ‘TWO PENCE’. But in 1983 dies for the coin were mixed up and a number were minted with the words ‘NEW PENCE’ again. These coins were for a givewaway pack so many could have gone into circulation to be spent.

There is also a Royal Navy HMS Belfast two pound coin with a flag on its mast and many, many more. Have a look in your coin pots and drawers – you never know what treasures might be tucked away!

Phil Bridge carries out free valuations of coins and banknotes at The Lichfield Auction Centre, Wood End Lane, Fradley Park, every Tuesday from 9am until noon.