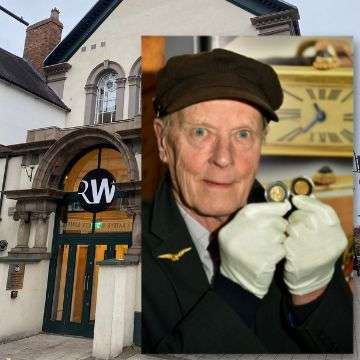 Coin it in with free numismatics advice at Tamworth valuation day

TAMWORTH people could be coining it in when a Midlands numismatist comes to town next month.

Coins and banknotes specialist Phil Bridge, pictured, will be at The Tamworth Auction Rooms for free valuations by appointment on Thursday, July 14.

Stamps specialist Phil Ives will also be back offering free philately valuations and advice at Richard Winterton Auctioneers in Church Street the day before, Wednesday July 13.

To book valuation appointments, telephone on 01827 217746 or email tamworth@richardwinterton.co.uk.

Coins specialist Mr Bridge says there are plenty of key coins still out there – and those sought after by collectors today didn’t necessarily start out as big denomination pieces.

“Some of the rarest 2p coins are a small number from 1983 accidentally minted with the words ‘New Pence’ instead of ‘Two Pence’ when the reverse die was mixed up,” he revealed.

He added: “Any coin can be mis-struck and consequently worth massive amounts compared to its face value. I once saw a mis-struck 5p sold for over £120 – to my consternation as an under-bidder!”

A 50p piece struck to commemorate the UK’s presidency of the council of ministers and the European Single Market is one of the rarest 50 pence coins out there.

“So check those pots, purses and pockets and let’s see if you have a fortune hiding in plain sight!”

The late Bolehall collector’s impressive archive attracted a huge amount of interest from coin collectors across the globe.

An associate member of The National Association of Jewellers, Richard Winterton Auctioneers also offers free drop-in valuations on all jewellery, watches, gold and silver on Tuesdays and Wednesdays, with options to drop off items for valuation or direct consignment throughout the week.

Free home visits for bulky items and large collections of all types, or to discuss quotations for full or partial house clearances, are also available.