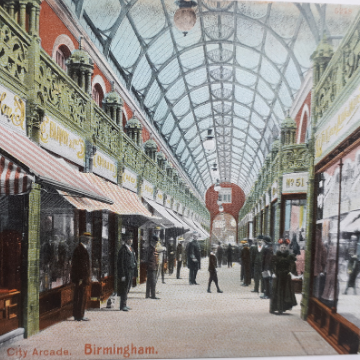 A TREASURE trove of rare postcards and photographs meticulously detailing Birmingham from Edwardian times to the present day is coming up for auction.

The enthralling archive of more than 2,600 images capture sites across the city centre ranging from the familiar to those which have changed unrecognisably.

From fascinating scenes of Corporation Street bedecked with bunting in July 1909, New Street and Colmore Row, to the Bull Ring, Holloway Circus and Ringway in all their 1960s glory, it is a feast for anyone who loves Brum and her history.

There are images of the old General Hospital, the Town Hall, Museum and Council Offices, the ‘Big Brum’ clock, the old Wharf and Canal Offices, Snow Hill and New Street railway stations, St Martin’s Church and the City Arcade.

One singular card depicting a smiling postie has an additional surprise in that his post bag actually opens, to reveal 12 black and white photographs of scenes from across Birmingham including the University, Cannon Hill Park, Hagley Road, Five Ways, Aston Hall, Victoria Park and Chamberlain Square.

There are original photographs of trams, with the specific number and date of each carefully notated by hand on the reverse, and Birmingham buses.

The archive also features a collection of 1,500 Birmingham Public Libraries postcards showcasing not just the city centre but scenes from suburbia too.

There is also an album featuring photographs of pubs, many long forgotten. Does anyone remember The Vampire in Great Hampton Row? Pictured in 1920 this image…

Many of the postcards were of course used for their original purpose and the reverse side often features fascinating snapshots into a bygone era.

A wartime silvered postcard of New Street Station (pictured above) sent in 1943 reads: “Dear Georgia, do you know this station? It seems very funny to come back to this smokey (sic) place.

“I thought I was going to have a black eye to come home with – a lady dropped her basket on my face.

“Hope you are well. With love from all to all, Edith.”

The archive is expected to fetch in excess of £500 at auction. It will be sold across six lots in Richard Winterton Auctioneers’ online-only Antiques & Home Sale on Monday, October 26, starting at 9.30am, live from The Lichfield Auction Centre, off Wood End Lane, Fradley Park. For more information, telephone 01543 251081 or email office@richardwinterton.co.uk.

You can watch a video featuring more pictures over on our Facebook page.

Robert French, ephemera specialist at Richard Winterton Auctioneers, said: “This collection is simply stunning. It is absolute gold for anyone with even a passing interest in Birmingham’s past and covers geography, topography, transport and social history.

“For the enthusiast, there are hours and hours if not days of images to inspect and research. It is an incredible collection and it has been a pleasure to catalogue.” 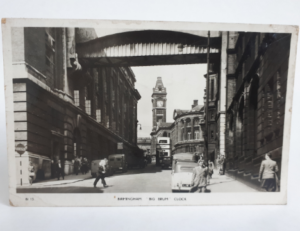 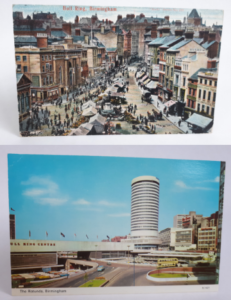 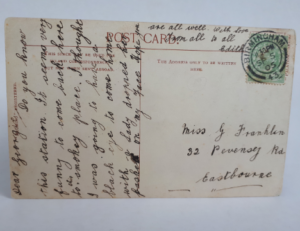 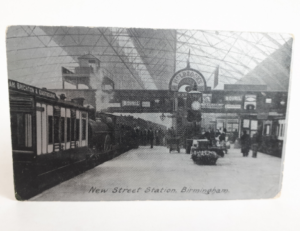 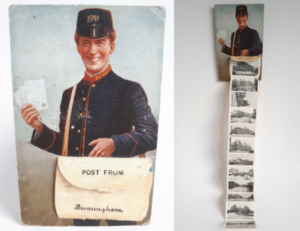