Following a successful valuation day held in Halesowen on Saturday 26th November for Dickinsons Real Deal, Richard Winterton Auctioneers are excited to be able to offer an interesting collection of ephemera consigned through the show in their upcoming January 25th auction.

Of particular note, is a hand-written letter of thanks from Agatha Christie to Mr Saunders and an accompanying type written but hand signed Agatha Christie letter detailing her flattery at the long running production of The Mousetrap dated 5th December 1964.

The Mousetrap, produced by Mr Peter Saunders for the theatre is the play with the longest unbroken theatre production performances in history. First being shown at the Ambassadors Theatre London in 1952. It wasn’t until the time of his retirement in 1994 that Saunders actually cut his ties with the play. This longevity of relationship illustrates the relationship and emotional attachment he had for the adaptation of Christies Three Blind Mice radio play transforming it into the huge success we now it as today. 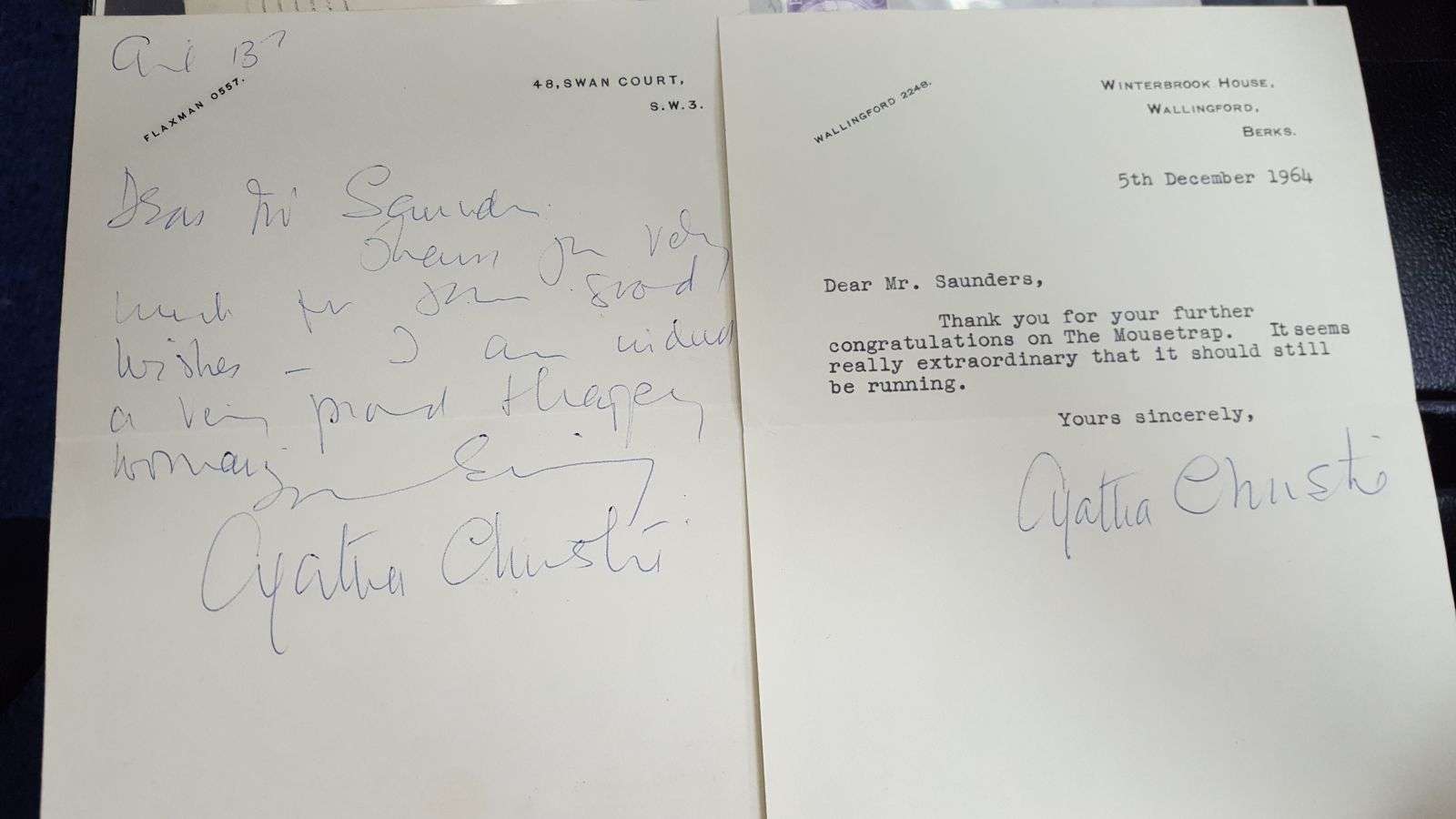 Also of interest are hand written letters of thanks from Harold Wilson and Ruby Murray to Mr Saunders as well as signed type written letters from Barbara Castle and Bernard Bresslaw.

The lot is accompanied by numerous signed photographs to include Harry Secombe, The Crazy Gang, Max Bygraves, Norman Wisdom, Diana Doris, Eve Boswell and Esther Williams, to name a few. 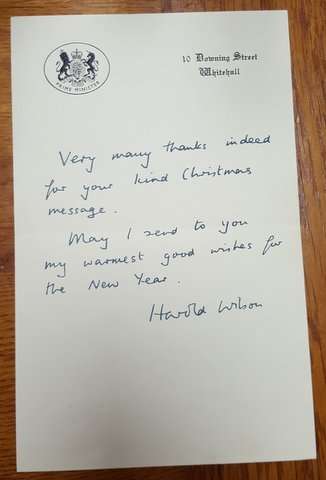