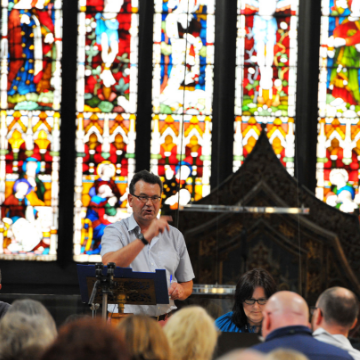 AN AUCTION in the heart of Lichfield has raised £1,500 for charity.

Richard Winterton Auctioneers’ Watch & Designer Sale on Monday, July 15, took place at St Mary’s in the Market Square and raised £1,000 for We Love Lichfield and a further £500 for the Guild of St Mary’s.

The sale began with three charity lots – a 2019 ICC World Cup England jersey, fully signed by the England team at Edgbaston before the semi-final against Australia; a cricket bat signed by cricketer Graeme Swann and sports broadcaster Pat Murphy; and a limited edition RAF Red Arrows 2019 artwork signed by ‘Red 1’ through to ‘Red 10’ and the aerobatic team’s commanders, donated by Michael Mullarkey and Michael’s Menswear.

These resulted in a total of £500 for the We Love Lichfield fund. 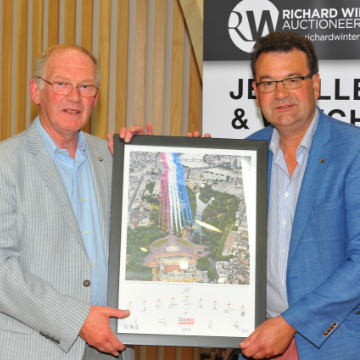 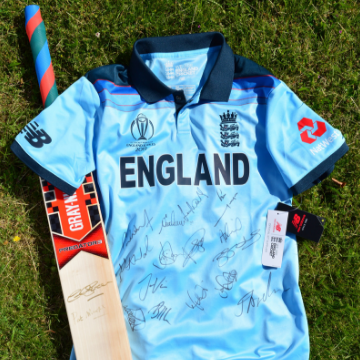 A percentage from the entire auction is also to be donated to We Love Lichfield, with a matched amount going to The Guild Of St Mary’s – £500 each.

In the past year, Richard Winterton Auctioneers has already raised more than £3,000 for We Love Lichfield. The latest amount sees the family firm well on the way to the £5,000 milestone.

Introducing the auction, We Love Lichfield patron Simon Price, pictured, said the fund is ‘giving money back to our community’. 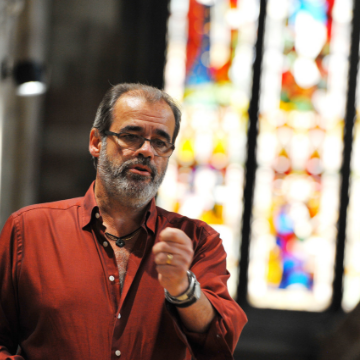 “Volunteers are wonderful people,” he said.

“Lichfield is full of volunteers and you don’t realise how wonderful these people are until you actually meet them.

“We raise money, we invest money and we give that money back. It’s like a pension fund for the future – the pot never gets smaller.

“We aim to give £50,000 a year away and [since the fund started] already we have helped 154 different voluntary organisations in the district of Lichfield.

Richard Winterton said: “We Love Lichfield is such an important fund which helps so many small local voluntary-run clubs and projects which so often provide an absolute lifeline in their community.

“It is a real privilege to be involved in this wonderful organisation and we are delighted to have been able to help.

"Thanks to everyone who came to support and make this event so special."

Pictured above: St Mary's is a stunning venue for an auction.

Richard Winterton Auctioneers has a long-term partnership with St Mary’s in the Market Square and offers free expert appraisals of jewellery, watches and designer items in the upper floor exhibition space every Monday from 9.30am-12.30pm.

Another specialist Watch & Designer Sale at St Mary’s is in the pipeline for later in the year. You can view an album of pictures taken by our photographer Damian Briden during July's sale on our Facebook page.